The best footy on Android is back 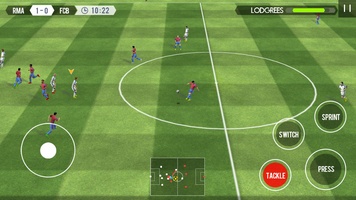 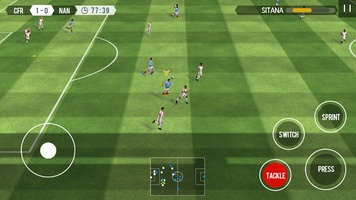 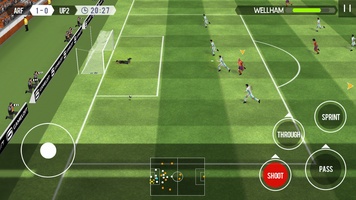 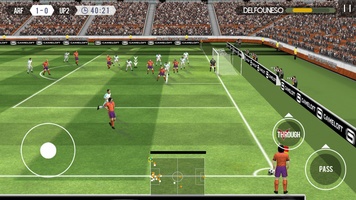 Advertisement
REAL FOOTBALL (2016) takes the Gameloft soccer franchise back to basics, leaving aside the spectacular graphics and official licenses to offer a much more direct and fun gaming experience. Some people are undoubtedly going to be thrilled about this – although others maybe not so much.

The first thing that REAL FOOTBALL gamers are likely to notice is that the game has worse graphics than previous installments in the saga. But obviously it also takes up way less space and runs fluidly. Gotta take the bad with good, eh?

Once you start playing REAL FOOTBALL you'll realize the gameplay is simple, direct, and fun. You can adjust the strength of your passes and shots, do sprints and deep passes, manually change players at any time, etc. – in short, have a great time on the pitch.

The main gameplay in REAL FOOTBALL is very close to that of the classic FIFA FUT titles: you buy envelopes of players who you can later add to your team. There are other game modes, too, (like friendlies) where you can play with loads of different teams.

REAL FOOTBALL is a good football game that might disappoint some old fans but win some new ones. A highly entertaining title, in any case.
By Andrés López
The best soccer games available on Android

Although sports games are one of the most popular genres on all platforms, there is one sport in particular that's enormously popular: soccer games have proven that they are the kings of interactive entertainment. Here we've compiled a list of the best soccer games on Android, with special effort taken to point out those that go beyond typical competitive matches.
See more

I loved this game. It is Light and once you install it you can play. Not like FIFA 14, 15, etc. they ask you to download additional files once you install them. I definitely recommend it !! It has gre...

The game is excellent and bless your effort..but the seasons mode is turned off and does not work. When I enter the seasons mode, I am leaving the game. Please fix that.

Dream League Soccer 2019
Build the greatest soccer team, ever
eFootball PES 2021
The most realistic soccer game on Android
8 Ball Pool
The best pool game for Android
Carrom Pool
Get rid of all the tiles on the board
FIFA Soccer
The 2018 / 2019 soccer season is now on Android
Vive le Football
Soccer in its purest form
Dream League Soccer Classic
A great alternative to FIFA or PES for Android
FIFA 16 Ultimate Team
The best soccer game is back on Android
Advertisement